Wake On LAN - Source of all Confusion

I would like to have 100% responsive to WoL. However, I am having some issues with the various hardware and software configuration options, and am looking for some advice.

As far as I can tell, there are 3 areas where WoL behavior is configured. These are: 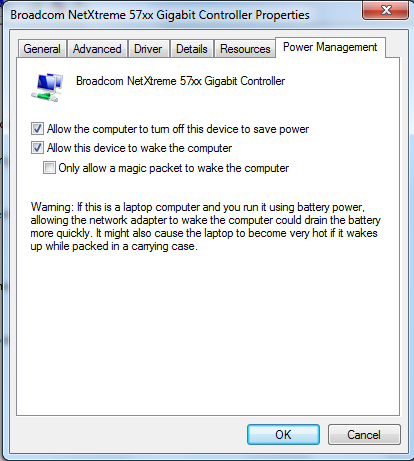 I would rather not have Windows turn off the device to save power, but my testing has shown that if Windows Power Management isn't enabled for the interface, the system doesn't respond to wake requests when it is sleep mode. Does anybody have any explanation for this? 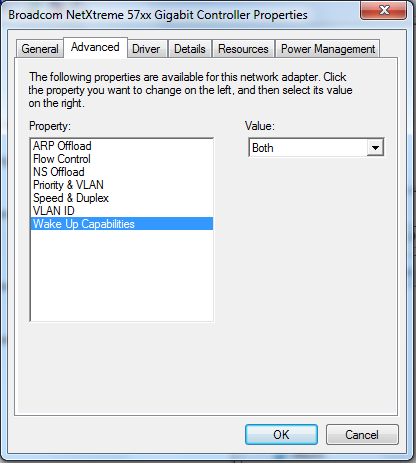 The alternative configuration settings for Wake Up Capabilities are Magic Packet, Wake Up Frame, None, or Both. Both is the default. I haven't ever dealt with this, but it varies depending on the network card, and driver. 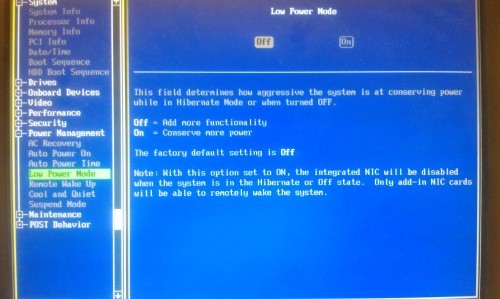 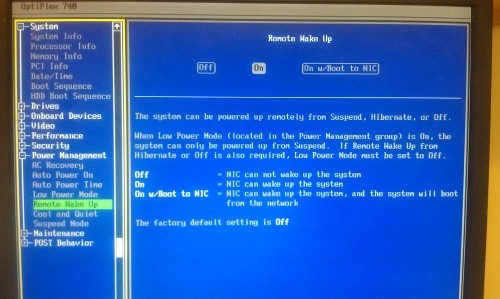 Remote Wake Up must be on, and Low Power Mode must be off.

So with these settings configured as pictured above, I am able to wake a computer from shutdown and from sleep (hibernation is disabled). My problem is that, after  ~3 hours (or less), the system stops reacting to wake requests.

What could be causing it to stop responding to wake requests after some time period of having been shutdown?

Has anybody else wrestled with WoL and come through the other side?

Please log in to answer
Posted by: tshupp 8 years ago

I wrestled with it and had internal resistance to change but had a similar issue.

In our instance, the MAC address tables on switches and routers have a setting to clear the tables after "X" hours. Once you turn off the PC and it hits that magic number, the MAC is flushed and the network hardware doesn't know where to send the WOL packet any longer. There are apparently issues to changing this setting, and my team wasn't willing to alter the value.

It's pretty frustrating, so I'd love to hear other suggestions.

Comments:
Posted by: HealthITAdmin 8 years ago

You seem to have covered most of the usual "gotchas" we ran into when setting up WoL for our Optiplex 780s, but here are couple of extra things you can check:

Posted by: kpratt@cfcc.edu 7 years ago

Sorry, this is not an answer but someone else struggling with the problem looking for help.

We have set up one VLAN on our network that has OptiPlex 780's behind a new firewall and they all fail to wake up.  We added a 9010 to that VLAN and it wakes up every time without fail.  That is when we noticed in the switch MAC table, the MAC address of the 9010 is persistent (which allows the unicast WoL packet to locate the target device) while the MAC addresses of the 780's age out and are dropped from the table.  Once those MAC addresses age out, the unicast packets can’t find their destination.

The new firewall we are implementing is a Palo Alto which absolutely does not support the directed broadcast mentioned above, so unicast is the only option.  What we need now is to figure out the difference between the 780's and the 9010 and hopefully implement a tweak or fix for the 780's so their MAC addresses will remain persistent in our switch MAC tables.

Anyone got any ideas?   Thanks so much!!!

Posted by: GeekSoldier 8 years ago

We've been looking to implement WOL for after hours activities, but we aren't quite there yet. Thank you for this post of things to watch out for!